Four years ago, I began studying Python as my first programming language. I have enjoyed it so much. I now enjoy going to work and writing Python scripts for up to 60% of a typical work day. I love the language. I’ve also dabbled in JavaScript, CSS and HTML, but have only applied those to make simple, minimum viable websites. So why learn another language, Rust?

LLVM was originally developed as a research infrastructure to investigate dynamic compilation techniques for static and dynamic programming languages. –Wikipedia

Getting Started with Rust

The Getting Started page contains a simple curl command for downloading and installing Rust via “Rustup”, an installer and version management tool. This will install Cargo, Rust’s package manager. (Think pip for Pythonistas.) I used my Linux environment on my Chromebook, but there’s a Windows executable available as well.

The Cargo Book provides documentation for the package manager. I like the “First Steps with Cargo” section because it gets you immediately into creating and running a “build” by entering a few short commands in the terminal.

cd Into Your hello_world Program

Note the creation of a .toml manifest, and simple Rust program that prints “Hello, world!”.

Now, on to learning the syntax, which is often compared to languages like C and C++. First stop for me will be “the book”, The Rust Programming Language. Cheers 🙂 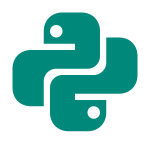